Katerina joins us from Russia where her parents are top performers. Just look at the list of titles on her pedigree! Outside of the ring, Kate is very chill – she was perhaps the calmest puppy we’ve ever encountered! However, Kat is a powerhouse in the ring; with stunning presentation and amazing movement! We are so in love with this little lady!

Katerina earned a Reserve Best in Show Puppy (RBISP) in August 2021 over 11 other breeds of pups and Best Puppy/Best Female/Best of Winners over 6 other stellar standard poodles in September 2021; defeated only by our very own Romeo in Best of Breed (BOB).

In November 2021, at 8 months old, Katerina attended two days of shows. She earned four BOB, two Group 4s, a Group 3 and a Group 1; beating out three champions each time including our own Blaze! The first two wins finished out her championship and the second two earned her two legs toward her Grand Championship (and she beat our own Romeo)! At our first show of 2022, at 10 months old, Kate earned her Grand Championship with 3 Champion class wins over 2 other champions and a Best of Breed. In her first show as a Grand Champion, she won the GRCH class, BOB and a Group 2 for Gun Dogs.

Katie embarked on her AKC career 2/3/2023 and brought home a 3 point major AND a 4 point major 2 weeks after I dropped her off to Ann Rairigh and at their first show together! 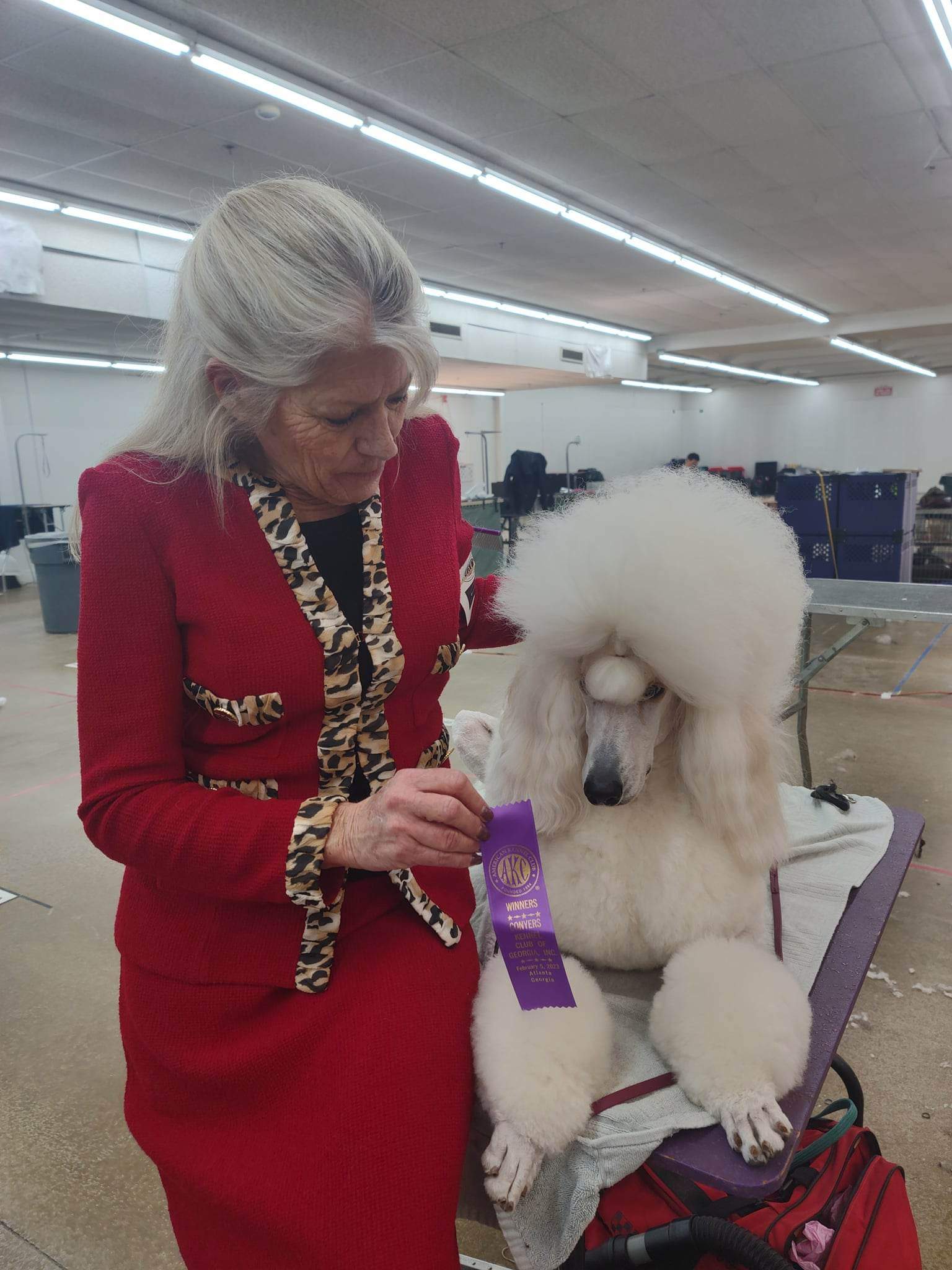 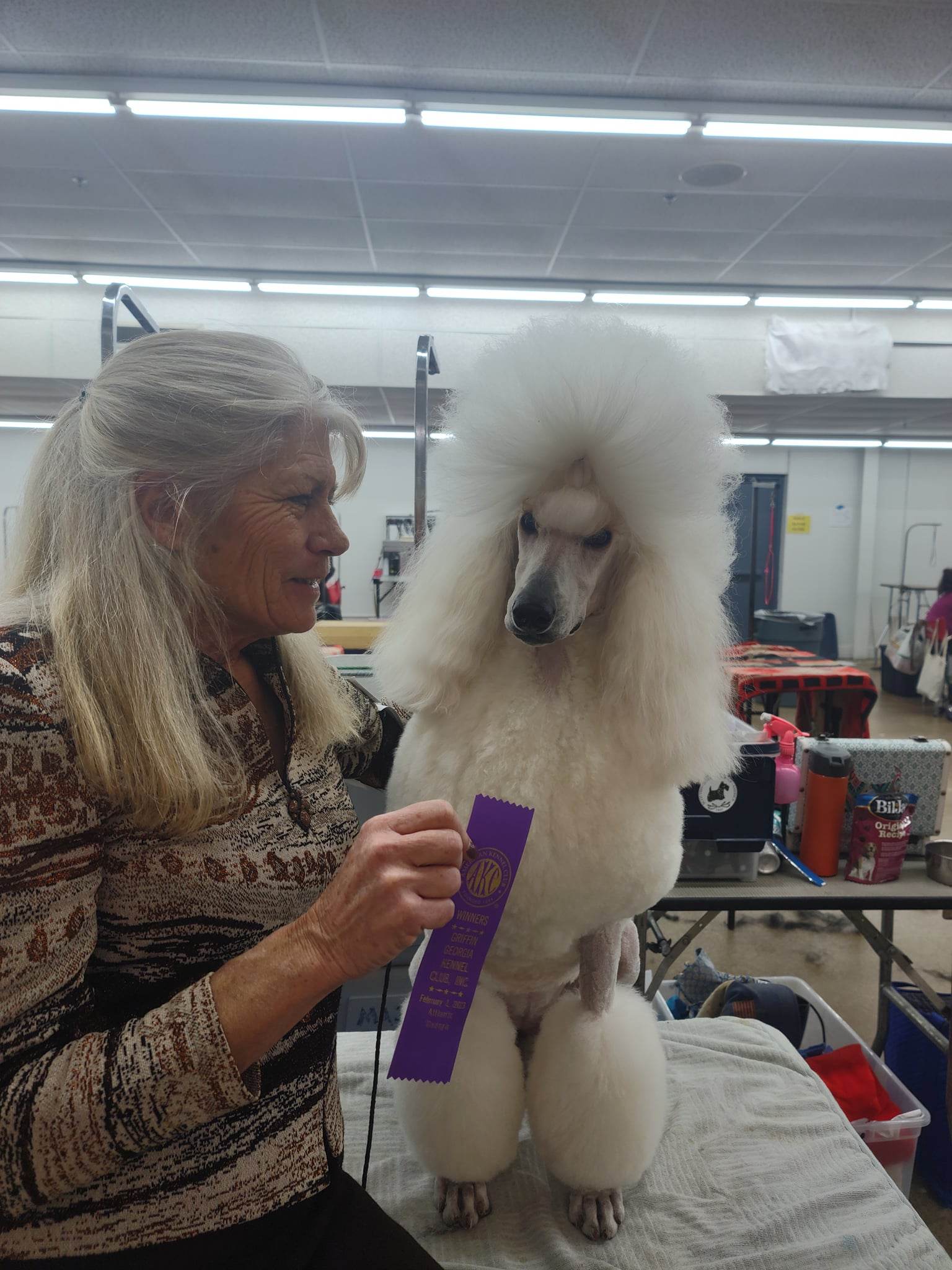 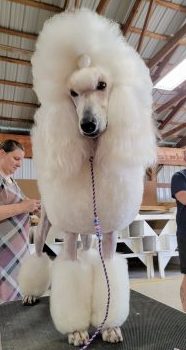 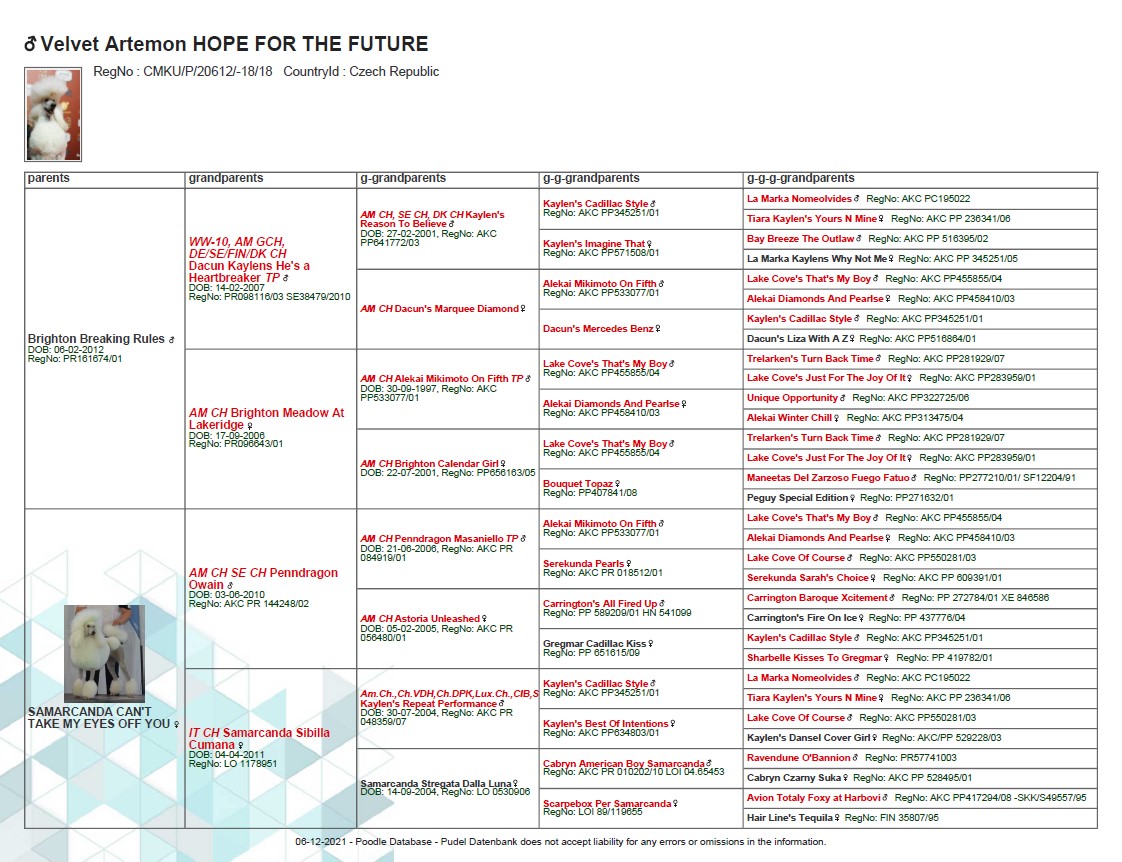 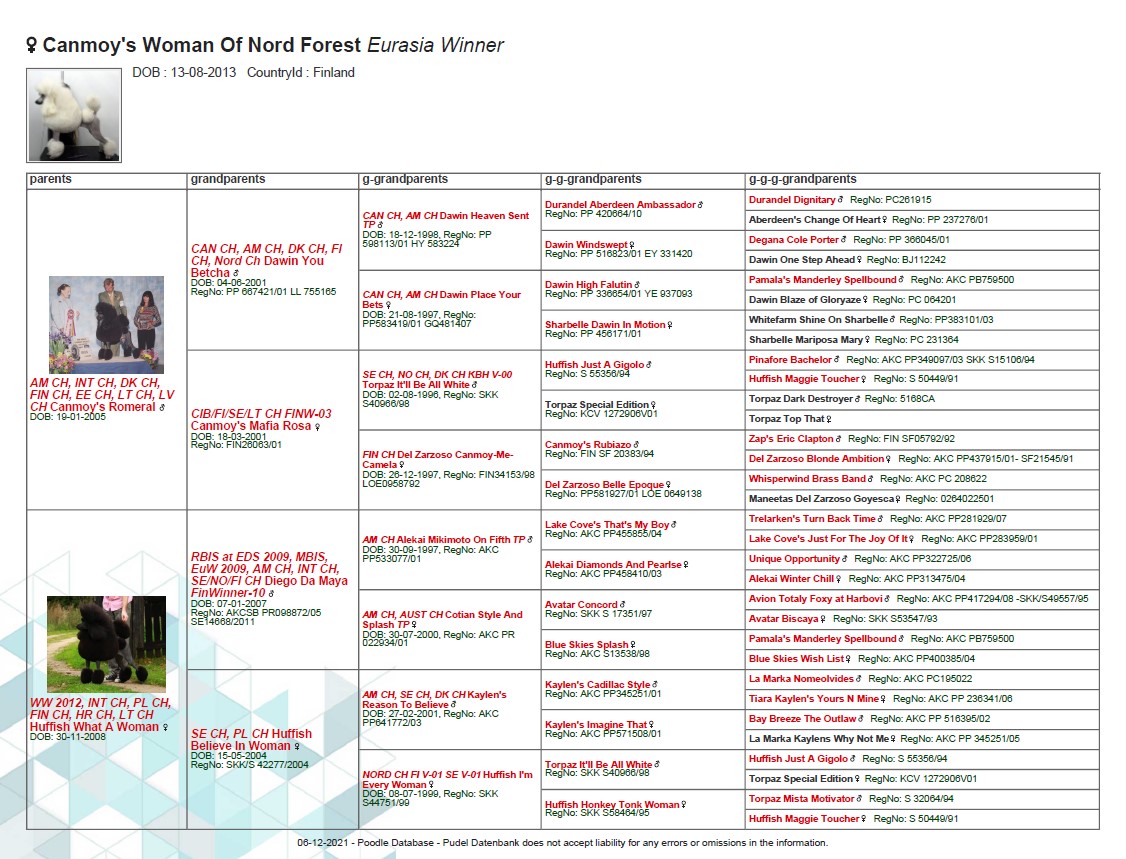 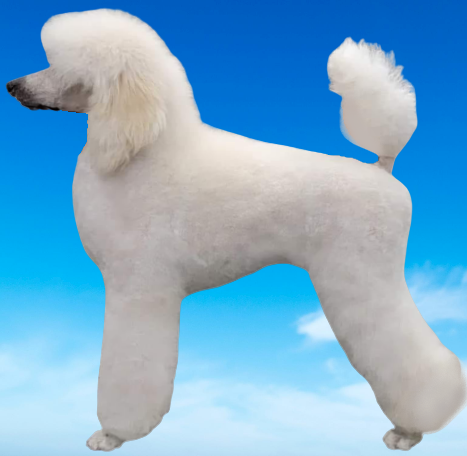 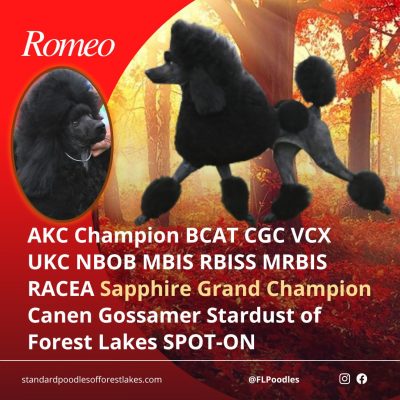 Katerina (Katie Kat) I could not be more proud of my beautiful little lady in white! What a great way to start her AKC career! She took 1st or 2nd every show and earned a 3 Point Major and a 4 Point Major with amazing competition!
Read More

Successfully kicking off the new year at a Dog Show!

Successfully kicking off the new year at a Dog Show!This weekend I brought Dior and Callista out to the K9 Fanciers show in Ann Arbor, MI. There were a LOT of dogs; including a lot of poodles and shelties at the show! In fact, there were around 200 dogs...
Read More

An Astounding 2022 Recap!2022 RECAP First, I’d like to recognize all of our wonderful owner/handlers and their accomplishments in 2022. Bred-by our friend and partner at Meeker’s Ridge Standard Poodles: Bayou & Alex (U-GRCH Meeker’s Smoking Gun Silver...
Read More

Feia Earns Another Agility Title!Feia completed her Novice Agility title! She is so amazing with her love and drive for this sport! Feia is showing no signs of coming into her heat cycle at the moment so she will keep trialing. She has qualifying runs in...
Read More

Callista Earns Her Champion Title in 3 days of shows

Callista Earns Her Champion Title in 3 Days of ShowsCallista came to us from Asha Poodles this past spring. We knew right away she was a special girl! She had fun in Novice Puppy, and this month in 3 days of shows she earned her Championship. She charms...
Read More