Amanda and I had a great weekend in Shipshewana. Not only did we show Piper and Romeo in conformation, but we also passed our Socialized Pet Obedience Test with all OUTSTANDING marks (SPOT-ON title) and earned our Novice Precision Coursing titles (RACEN)!

Unofficially, Piper finished her championship (CH) but we are waiting for UKC to upload the results before we officially announce!

He earned Group 1 for Gun Dogs under Judges Joseph Allen, Glenda Bruneau and Barbara Trammell, taking the top spot over about 25 gun dogs at the show. 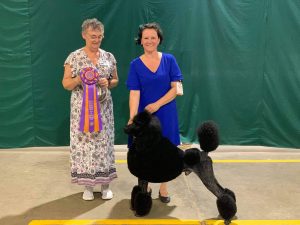 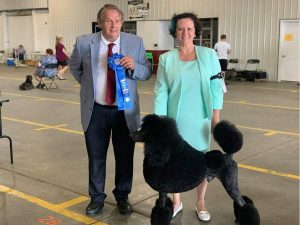 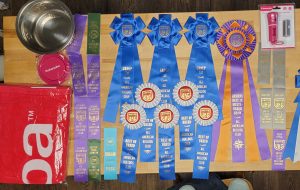