Porsche is Romeo’s “luxury cars” littermate, and his female twin in structure. She joined us for obedience and many handling classes with long-time poodle breeders and judges before being placed in a co-own conformation and performance home at 11 months. We also enjoyed having her come home for 3 weeks in February 2020 and showing her in Rockford, MI! She is kind and compassionate, is very sensitive to human emotions and today is very much a Velcro dog – but without the separation anxiety that often presents in this type of temperament.

The trainer who evaluated the temperament of the luxury car litter wrote in her results that Porsche was “very bold but kindhearted, loves people (and is) adventuresome”. That same trainer later guided us through Puppy Obedience class and complimented us on how well socialized and balanced she was. She stated that Porsche was very bold and inquisitive, enjoyed being touched by the other 7 puppy parents in class, showed no fear at all and took everything in stride –  even on the rambunctious first day of class.

Porsche showed very well early in her career, earning her championship around the same time as Romeo, but then suffered some setbacks as reported by her co-owner. The animal behaviorist we consulted believes going from our home where our dogs are free in the house and have 20 acres to roam to a much more constricted life style, at that age, was detrimental to her temperament. Who could have known that was a possibility?

We are here for the life of our poodles so Porsche returned home from the co-own situation and we are working closely with her and our trainers. Porsche takes time to warm up to most people and wants to get comfortable in new surroundings before venturing away from mom or dad. However, she often surprises us by befriending people at shows and club meetings without any qualms or hesitation – I think she might just be a good judge of character. Porsche especially loved being reunited with my mentor and her papa’s owner who we spent a lot of time with in her first 11 months.

We made a return to her show and performance career and she earned her Grand Championship on her birthday 10/16/2022!  Now we can focus on performance sports. Porsche is especially thrilled to be participating in FastCAT! You should see the joy that this girl exhibits at the end of a run!  No one can resist: you simply cannot help but smile at her exuberance! She earned her BCAT title in 2 weekends and we cannot wait until next summer! 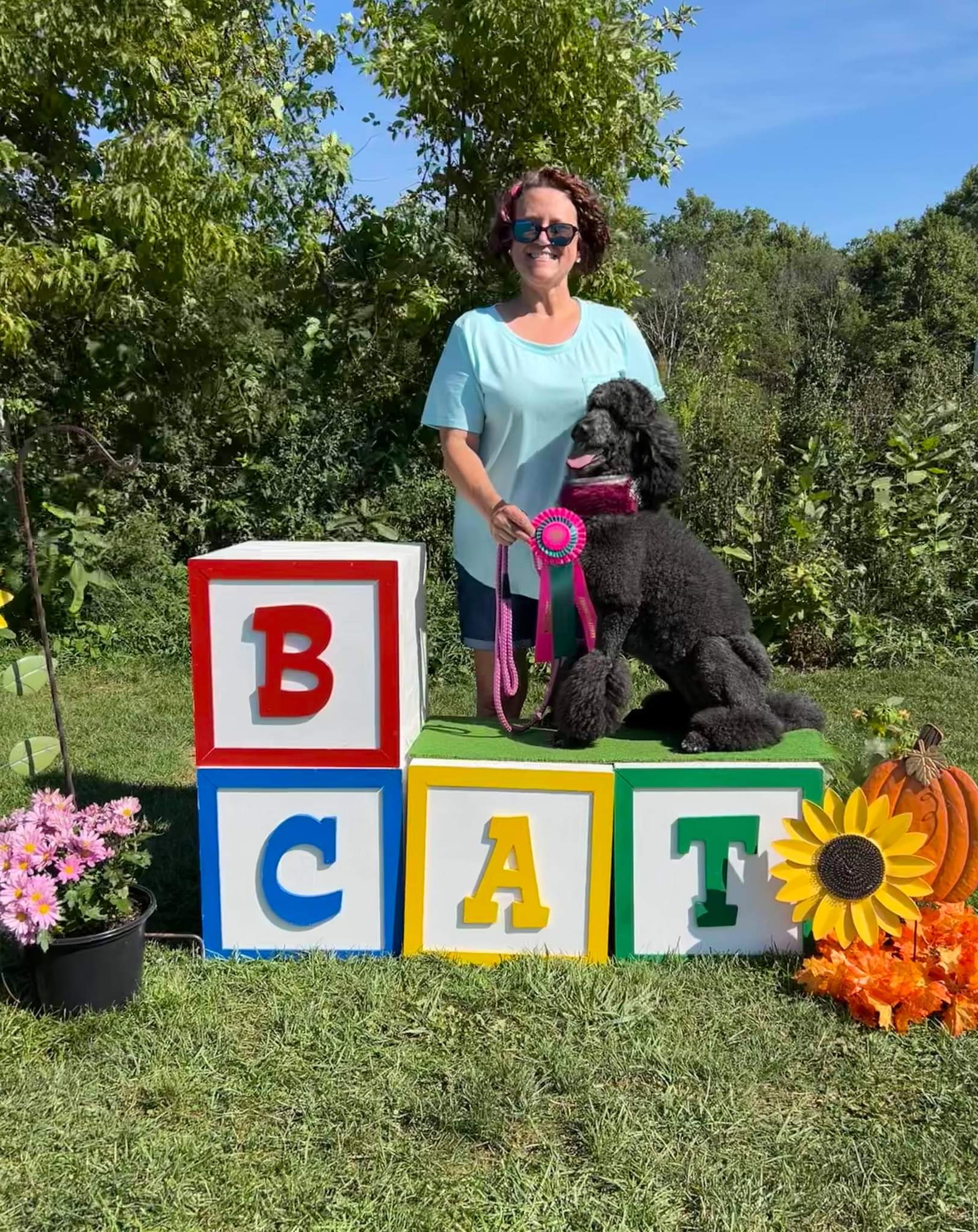 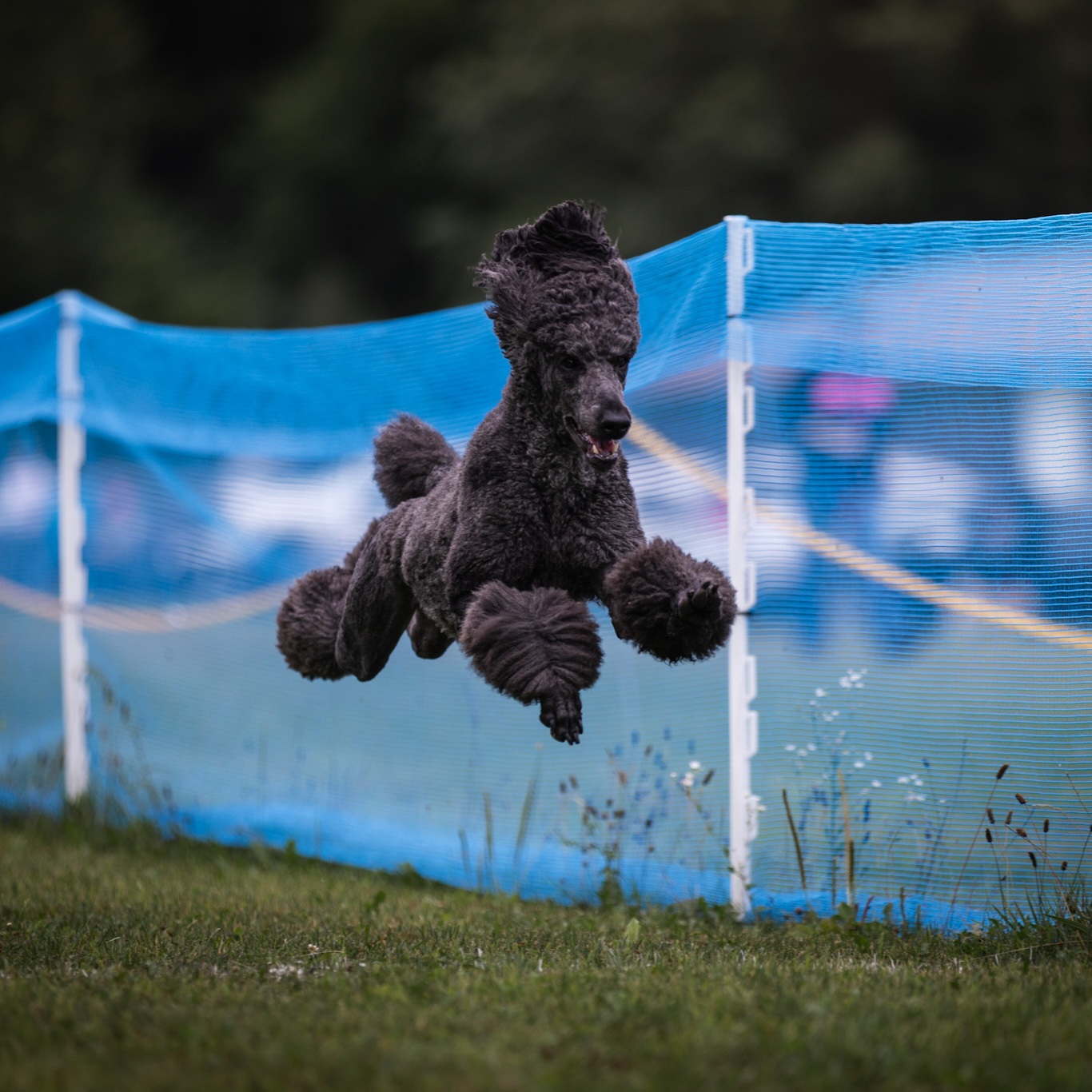 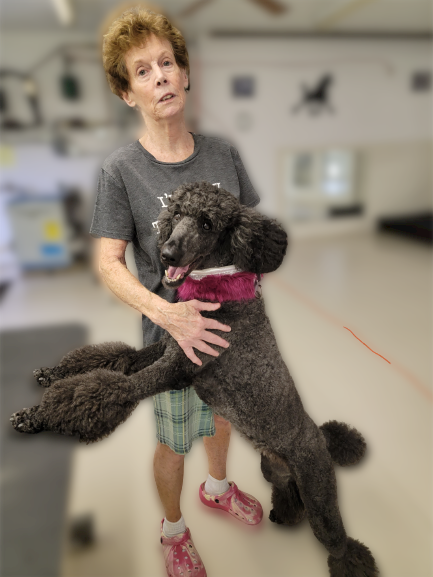 Romeo Earns His SAPPHIRE GRAND CHAMPION Title With Another Reserve Best in Show!

Romeo Earns His SAPPHIRE GRAND CHAMPION Title With Another Reserve Best in Show!I love this dog so much, and wonder how I got so lucky to meet my mentor Beth and her handsome boy Nyke, who fathered the luxury car themed litter with our foundation dam, Giselle....
Read More

Porsche Is Now A GRAND CHAMPION!

Porsche Is Now A GRAND CHAMPION!We are so proud of this little lady and her progress. A new title in September and another in October is such a great start!!! We cannot wait until spring to get back in Fast CAT and to start coursing! In the meantime we will be...
Read More

AKC Breeder of Merit: SPFL is honored to be a new AKC BOM!

Healthy Testing Info for Puppy BuyersPUPPY BUYERS: Arm yourself with knowledge! Prior to seven years ago, we were in the same place as you might find yourself. As puppy buyers we often simply don’t know what we don’t know. So as not to be misled, most of us...
Read More